Why are so many African and Asian nations ambivalent about Russia’s invasion? International identity politics 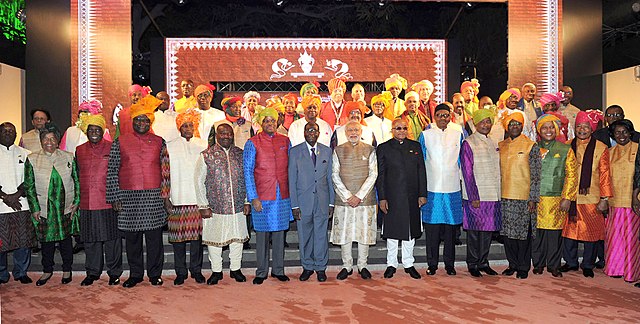 Americans agree on few issues, but one thing they have come together on is condemnation of Russian aggression. Western Europeans too. But not so the rest of the world.

To explain India’s muted diplomatic reaction, Western papers emphasize the fact that India gets most of its arms from Russia, but here is an interesting NPR panel broadening the view:

FRAYER: And the news commentary here about sanctions and diplomacy is also often sympathetic to Russia. Listen to how one of India’s most famous TV hosts, Arnab Goswami, opened his show recently.

ARNAB GOSWAMI: Has isolating Russia as a war tactic worked so far? It hasn’t. It hasn’t. And if there are any Americans watching this tonight, it hasn’t. And let me tell you, Americans, it won’t.

FRAYER: That monologue reflects India’s mistrust of the West, its commitment to neutrality and its long-standing friendship with Russia. Columnist Seema Sirohi says that despite some flamboyant TV news personalities, India’s debate about Ukraine has actually been more nuanced than what she’s experienced where she lives in Washington.

SEEMA SIROHI: Here there is only condemnation. It’s bordering on hysteria. And it kind of reminds me – in the runup to the Iraq War, it was very depressing to watch U.S. media play the role of cheerleaders. And we know what happened in the Middle East after that war.

FRAYER: Watching that, plus having a colonial past, leaves India wanting to make its own decisions, so it has not joined Western sanctions on Russia. Neither have most countries other than the relatively rich democracies of the West. The world’s biggest democracy is India, and it is still buying Russian oil. Indian officials suggest it’s hypocritical of the West to ask them to stop. Here’s India’s foreign minister, S. Jaishankar, at a recent event with his British counterpart.

S JAISHANKAR: If you look at the major buyers of oil and gas from Russia, I think you’ll find most of them are in Europe.

PRANAY KOTASTHANE: A lot of people in India still feel that Russia has been a reliable partner to India.

As for African nations, here is Nosmot Gbadamosi from Foreign Policy summarizing the range of reactions:

The reaction and tone of the debate, analysts say, marks a turning point in how diplomats and foreign-policy observers continue to view Africa as homogenous, lacking the nuance of 54 sovereign nations each acting on the basis of complex diplomatic and economic interests.

“African leaders have increasingly become more allergic to that tone—something that China has figured out,” said Kholood Khair, a Sudanese political analyst and managing partner at Insight Strategy Partners. “And it seems that the messaging coming from China gains more traction. It is more attractive to African countries that are trying to assert their own political strength.”

China’s stance on Russia has greatly influenced the positions of those African countries for which China is the biggest and closest trading partner. For some countries, abstention may not necessarily translate to a pro-Russia stance but a China-aligned stance.

African observers defending abstentions also point to the disproportionate media attention lavished on Ukraine compared with other conflicts and the double standards of the Western invasions of Libya and Iraq. There is also talk of “hypocrisy” in levying sanctions that impact African countries, while Europe has spent 35 billion euros ($38 billion) on Russian energy since the war began.

Some African leaders weighing up their countries’ vulnerability to volatile economic markets, growing and increasingly frustrated young populations, and facing their own security challenges requiring a range of allies have simply concluded that their governments cannot afford to take sides. The abrupt U.S. exit from Afghanistan and the horrific scenes of people clinging onto airplanes made some African policymakers view Washington as an unreliable partner that will also put its security needs first.

I would add one more to these lists: identity politics. Americans and Western Europeans identify with Ukrainians. The rest of the world does not.

You might think I mean color of skin, and indeed for about two-thirds of Americans and more Europeans that is certainly true. But people can identify and empathize with others for more reasons that race, and I think in this case they do: a shared historical foe (Russia), longstanding Ukrainian immigration, close economic integration, and simple geographic proximity, to name a few.

The Ukrainian struggle for liberty is also a familiar one. Few people have pointed out the parallels to the American Revolution, but to me they are clear. A small and plucky group desires complete independence. A tyrannical and militarily-superior superpower offers them semi-sovereignty, since the smaller group’s military weakness means they can demand no more. But for largely ideological reasons, the offer is refused. They’d rather fight than make such a repugnant concession. These are decisions and ideals that many Westerners can understand.

The result is that Western opinion pages and Twitter sound a lot like fans of a baseball match cheering on their team against a longstanding rival. The rest of the world is more dispassionate, and wonders why no pays attention to the far more common human rights abuses sport performed elsewhere in the world: soccer. The suffering and abuses in Xinjiang, Tigray, or the Central African Republic get ignored, and so European and American moral leadership on Ukraine rings hollow.