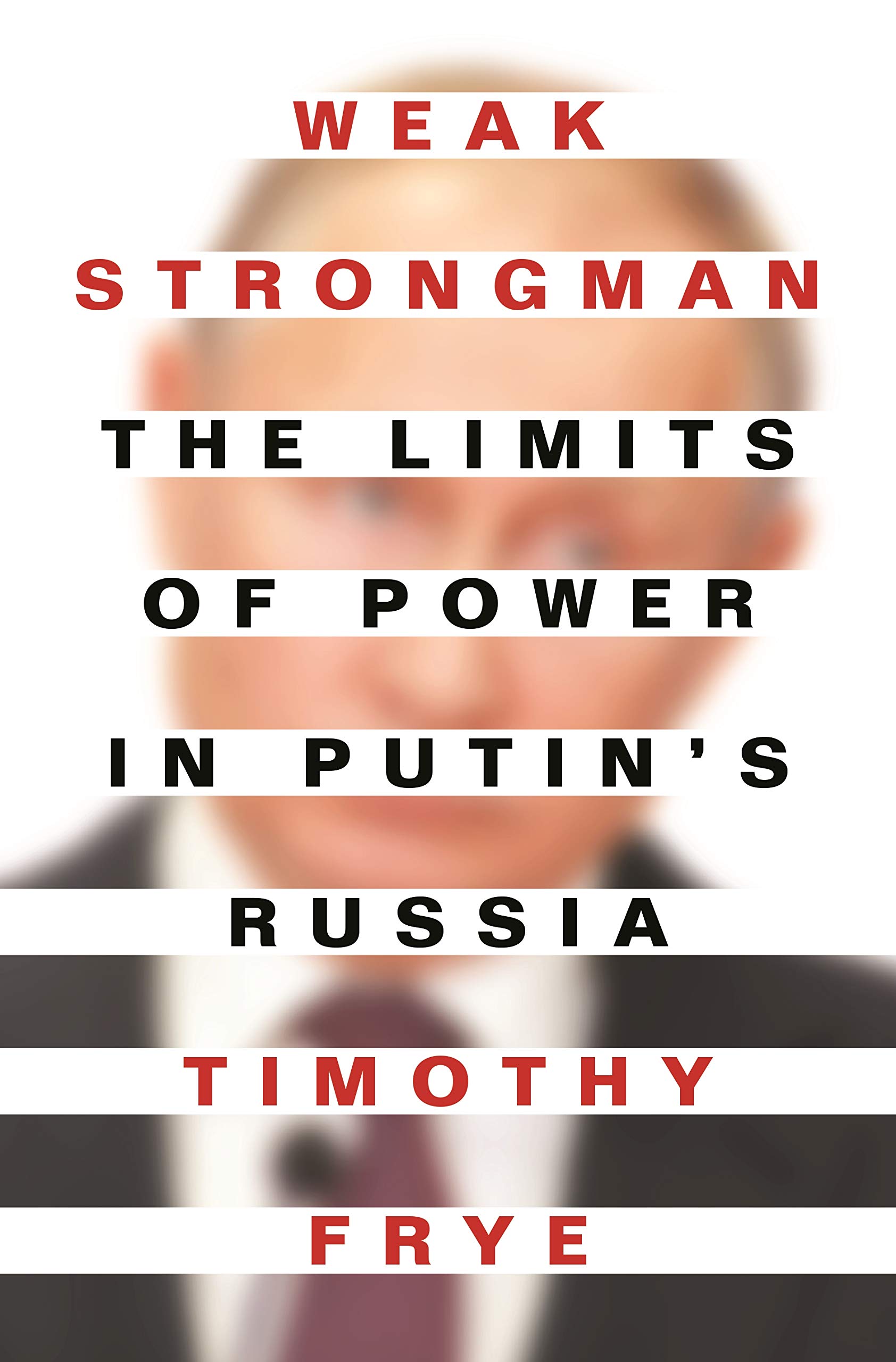 Putin-centered approaches to Russian politics also assume that President Putin can easily turn his preferences into policy outcomes. To be sure, Putin is the central node in Russian politics, has faced no serious political challenger since returning to the presidency in 2012, and can often pass legislation with few amendments in Parliament, but he also confronts the physical limits of ruling Russia and challenge of governing a modern society. He must rely on close advisers who in turn oversee armies of bureaucrats, each of whom has their own self-interest. He also faces powerful businesspeople more interested in making money than in serving the state. To implement any policy of consequence, Putin must rely on a chain of bureaucrats, businesspeople, and/or spies who may or may not share his preferences, and monitoring his underlings requires time, effort, and resources.

…One of the most in-depth academic studies of elite politics in Russia drives home the constraints of even a powerful ruler like Putin. Alena Ledeneva, a sociologist from University College London, conducted extensive interviews with a handful of top Kremlin insiders and forty-two experts on elite politics in Russia. She also gathered a host of material on Kremlin decision making between 2005 and 2012. Ledeneva found that rather than ruling by fiat, Putin governs based on a host of informal rules and personal relationships that balance the interests of different elite networks. The members of these networks keep Putin in power as he provides them with benefits in exchange for political loyalty. This sistema, in her term, is based on Putin’s ability to make deals with different oligarchic groups within the state, but is not rooted in anything specific to Putin per se. She notes, “It is essential … not to overstate the personalization of sistema in the sense that Putin’s sistema, which he had shaped by mobilizing his personal networks, is not really controlled by him. Like everyone else, leaders are ‘locked’ into their networks while relying on them in performing their public functions and satisfying their private needs.”39 To grasp elite politics in Russia, it is more important to understand the rules of the game than the personal characteristics of the ruler.

…The Kremlin too likes this narrative and encourages this great man version of Russian politics. The tendency to overstate the contributions of leaders is common outside politics, particularly when measuring performance is difficult. Witness the acclaim laid on CEOs in corporate America even with little evidence that their firms’ successes are due to the leaders’ smarts or hard work.

…But it is safe to say that our national debate on Russia has overplayed the individual at the expense of other factors.

That is Columbia University political scientist Tim Frye in his 2021 book Weak Strongman. The subtitle is The Limits of Power in Putin’s Russia. What I like about the book is that it takes the biography and influence of Putin seriously, but it takes the political science of autocracies and the careful study of Russian government and politics more seriously.

We see similar narratives playing out in the invasion of Ukraine. Instead of talking about the collective interests of the Russian elite, and the efforts to preserve autocratic power, articles speak mostly about Putin’s megalomania and nationalist ideology. Instead of diving into the problems of bureaucratic decision-making (especially in low-information authoritarian environments), and the immense ex ante uncertainty that would have stymied any military planner, the talk is more about Putin’s overconfidence, emotions, and insulation.

(Incidentally, if you want to read more on nondemocratic politics, here is a book by Milan Svolik I enjoyed, here is another by Jennifer Gandhi, and here is a short, non-technical introduction to the strategic logic of authoritarian politics by Svolik along with my colleagues Scott Gehlbach and Konstantin Sonin that I absolutely love.)

Tim has been working in Russia for 35 years. His introduction painfully illustrates how I misspent my youth.

Every few years from 1959 until 1992, the United States and Soviet Union each swapped twenty-four “guides” to host standing exhibits about life in their respective countries.1 Born of the Khrushchev-era thaw in US-Soviet relations, the exhibits were an early example of public diplomacy, and became a critical tool for each country to promote its vision and values. Traveling from city to city every two months, the exhibits allowed Soviet and US citizens a rare face-to-face encounter with their Cold War rivals.2 I was one such guide. From November 1987 to January 1989, I worked on the Information USA exhibit that displayed fax machines, home computers, CD players, and other information technologies used in daily life in the United States. Each day more than eight thousand Soviet citizens came to the exhibit; we were the first Americans most of them had ever met.

The exhibit filled forty-five tractor trailer–size containers. Every ten weeks we decamped to a new city, and with the help of local workers, put up walls, laid down flooring, and installed lighting in cavernous pavilions that often previously housed displays glorifying the achievements of the Soviet economy. During our stay we were local celebrities, and spent many evenings and rare days off with hosts who were eager to hear about our lives in the United States—and tell us about theirs in the USSR—until the early morning. The job was exhilarating yet exhausting.

After that, however, each page has deep insights, and the book is fun and fast to read. I’m tempted to skip through very few pages—rare for any nonfiction book. Highly recommended.