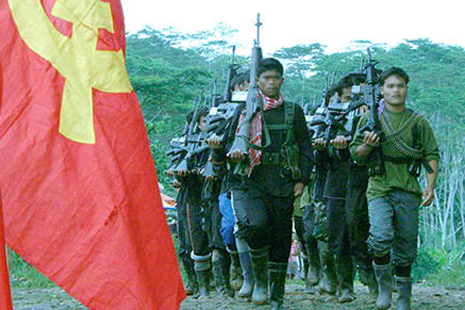 Worldwide, extreme poverty is often concentrated in spaces where people and property are not safe enough to sustain effective markets, and where development assistance is dangerous – and might even induce violence. Expanding governance by coercively taking control of territory may enable markets and development programs, but costs to local residents may exceed benefits, especially if that expansion is violent.

Though treatment temporarily increased violence, the program progressively reduced child malnutrition: by 10% in the first year, and by 30% from year three onwards. Improved nutritional status was not due to increased health and welfare expenditures, but instead to improved governance. Treatment effects are comparable to those of conventional child health interventions, though conventional programs are likely infeasible in this setting.

Rebels apparently react to treatment by shifting to neighboring municipalities, as malnutrition worsens there – with statistically significant ‘treatment’ effects of similar size. Thus overall program effects are close to zero. These findings invite an evidence-based discussion of governance expansion, an extensive margin of development.

I was a discussant for this paper at the NBER last year. I remember being conflicted with both admiration and caution.

On some level, the message is the antithesis of Amartya Sen’s. Development through force rather than freedom.

It is easy to find this kind of work distasteful and dismiss it, but as far as I know Sen never dealt with the thorny problem of what to do in places where the state is weak and armed men with guns are trying to seize power.

Something you learn in political science, but sometimes gets overlooked elsewhere: For most of history, the thing we call development has been associated with a state, and most states arose through force and coercion. In fact, most states look like organized crime. However miserable, the thuggish state is typically better than the alternative: the roving thug with guns. So it might be naive to think that development is always and everywhere a peaceful process.

There are always winners and losers from policy, but here the stakes seem a little higher: If a state-building intervention saves the lives of 1000 children but kills 1000 young men, this is not an easy trade-off to make. At least for some.

What makes this more tricky is the question: who gets to decide? “A more-or-less democratically-elected Philippine government” seems like a reasonable answer, though none of the children or most of the young men whose lives are in the balance had a chance to vote.

There are good governments and bad. Some are worse thugs than others. So maybe the answer is to back the good guys. But I get a little worried about our ability to judge. I have uncomfortable memories of Ronald Reagan describing the Nicaraguan contras: “These gentlemen are the moral equivalent of the founding fathers.” (Those of you scoffing at Reagan: I could have easily picked a Democratic President as an example.)

These trade-offs are going to become more common, and more difficult, as development efforts focus more on the ungoverned spaces of the world. In 15 years, most other places will be getting rich. If you are working in aid, the issues in this paper are your future.