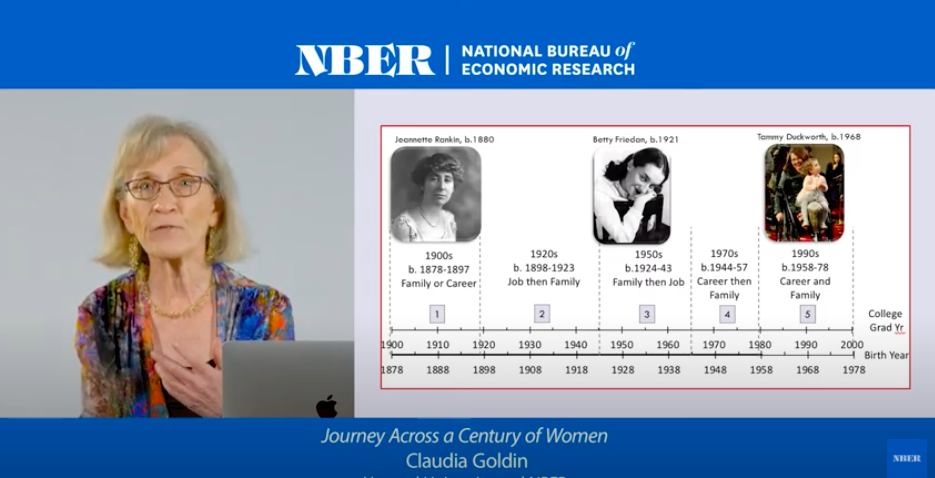 Claudia Goldin charts a century of women in the workforce