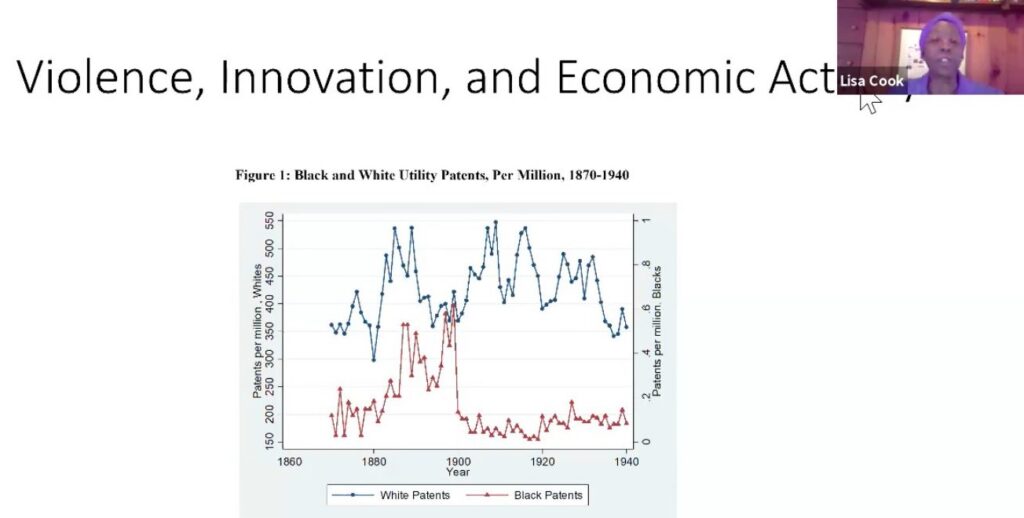 Professor Lisa Cook explains that black and white inventors put in equivalent numbers of patent applications once in 1899, and never again.

If you haven’t seen it yet, this was a great explanation for the general US culture: