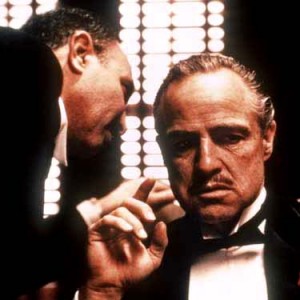 Associating a brief, sharp pain with an event to be remembered is a strategy typical of of oral cultures.

In medieval Italy marriage contracts were witnessed by the children of the town–bound to live longer on average–and each child was slapped once and simultaneously handed a sweet to ensure he or she remembered.

That and many other interesting bits come from The Sicilian Mafia, by Diego Gambetta, an Oxford sociologist. This is a book I always wanted to read but only got around to recently.

What’s the relation to the mafia? Gambetta uses the anecdote to explain initiation rites in the Sicilian mafia, which include the pricking of a finger with a needle. I don’t know if the comparison to the children-slapping is apt, but I love the story.

The book tells a fascinating tale of the mafia, traced mostly from court transcripts, investigator files, and some interviews. He essentially advances an economic theory of the mafia: they are entrepreneurs and firms who collude and compete; the good they sell is not violence, or stolen property, but protection. That is, they enforce contracts in places the government can’t or won’t, like illegal and illicit markets, or areas where the police and courts are weak. They actively compete with the police to provide protection, and this good is in high demand. Every transaction done under the table cannot seek protection from the courts, and the mafia step naturally into this gap. Their name is their trademark, and they prevent new entry by force but also by complex social rules and ethnic identity.

Naturally the mafia also help create demand for the product, through intimidation and threat, but the real demand for services comes from government regulation or government failure. Every tariff or ban or rule creates an incentive for a black market, and the market evolves contract enforcement mechanisms where the state does not.

It’s a fascinating book. It also strikes me as fertile ground for a grad student to apply the many advances in contract theory since the book was written in 1993. Some different and even counterintuitive results might emerge. See Peter Leeson’s recent work on pirate economics for ideas. I’ll also be posting a paper soon on the industrial organization of guerrilla groups.