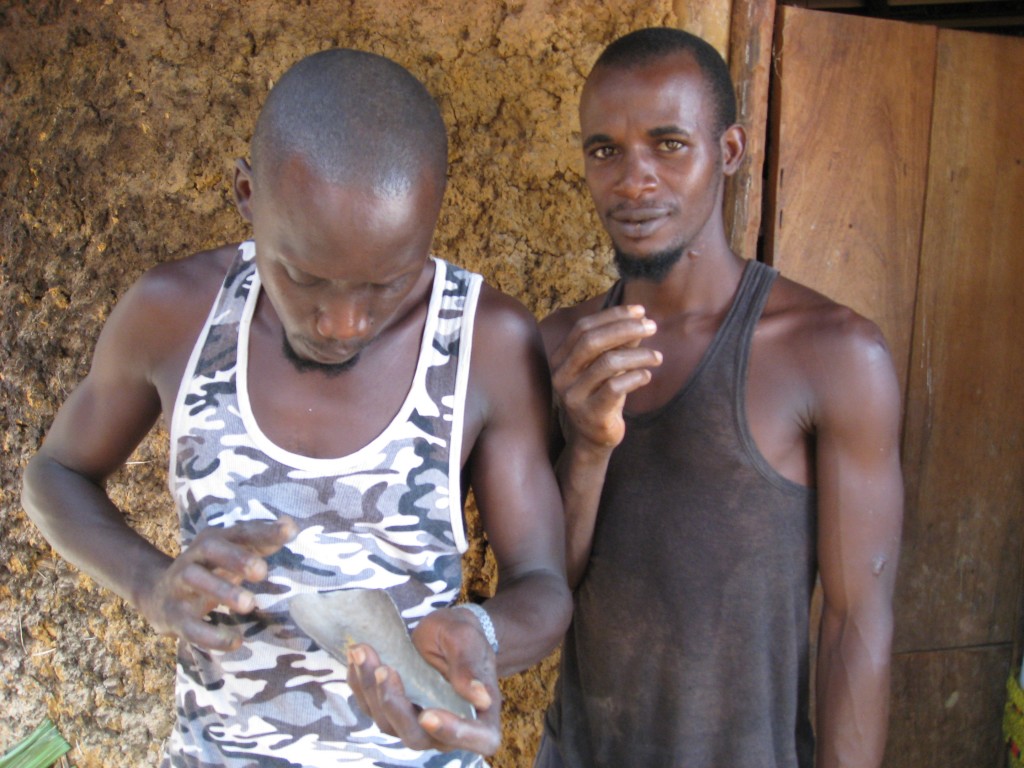 I took this photo while interviewing gold miners in Liberia this summer. They are literally pulling this stuff out of the ground in the thousands. The fellow on the left is sifting out his weekly income (read: drinking money)–a few grams of gold dust.

OECD nations have $123,000 worth of wealth under the average square kilometer of soil, in spite of the fact that they’ve been pulling wealth out of the ground for 200 years.

Now turn to Africa, the new cradle of diamond, gold and oil wealth. What would your guess be? More or fewer sub-soil resources?

That’s the question Paul Collier put to the audience last night at the opening of Growth Week. (To the credit of LSE, they have already posted Collier’s talk as an MP3. Check it out.)

To Collier’s question, 95 percent of the audience voted ‘more’, and 95 percent (including a large number of prominent development economists) were wrong.

The average wealth per square kilometer in Africa: closer to $23,000.

As Collier pointed out, we weren’t completely in error. The $23,000 figure comes from known resource wealth. This suggests that another $100,000 is probably lying under the average square kilometer in Africa.

He relates a conversation with the Sierra Leone government last week, days after the sudden discovery of oil. “Now you have diamonds and oil,” he said. “You can be like Angola!”

What’s a nation like Sierra Leone to do? Collier outlines several steps: discover your resources before the private companies do, design your tax policy to capture the profits for the public, invest the profits in capital and infrastructure, and try not to screw up the macroeconomy.

Easier said than done. But some nations–Botswana comes to mind–have managed the task.

For concrete options, Collier points us to the Natural Resource Charter, the product of a number of prominent operators and academics. Worth checking out.

14 thoughts on “Is Africa resource rich?”