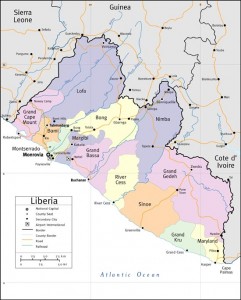 We are working with the UN Peacebuilding Fund, UNHCR and the Justice and Peace Commission (JPC) in Liberia to map, track, and mitigate violence and conflict in rural communities.

The Liberian government identified 250 of the most conflict-prone towns and villages in three of its most war-affected counties: Lofa, Nimba and Grand Gedeh. IPA is following a panel of more than 6000 community members and leaders across the 250 towns.