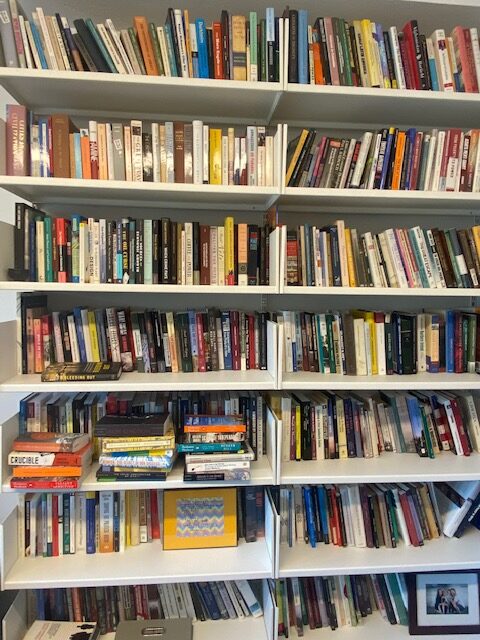 It must be four or five years since I last blogged. I’m going to test the engine a little, see if the thing starts up again, and how far I feel like running it. I’ll start with some favorite books of the past year, blurred as that period may be. I will highlight some today, more in a few days, and some fiction after that.

If any of this interests you, I’ve made the newsletter function of the blog easier to use. Sign up to get email delivery of posts as they happen. I decided against going the paid newsletter route for various reasons (surely the subject of a future blog piece), and so there will be no fees, no gated articles, and no ads. Just a handful of posts each week in your inbox.

As for books, all my nonfiction picks of the year have a few things in common: they were mostly written long before 2021; they were subjects I knew little about; they revolutionized how I thought about the subject; and they were beautifully written and appropriately organized throughout. I finished all of these books because they demanded to be finished. The pace seldom become slow, the level of detail was just right, and it was clear that every chapter mattered. This is rare!

But before getting to them, a few things that are not on my list.

1. The Artist, the Philosopher, and the Warrior, by Paul Strathern (alongside Machiavelli’s Prince)

A colleague read my book manuscript and said “you need to look at the scholarship on Machiavelli.” Like a lot of people, it turns out I had the thinker all wrong. Machiavelli wasn’t writing a villainous manual for despots. Well, he was. But he was being mischievous and insincere. The real Machiavelli was a committed republican, an ally of the people. His book subtly pointed rulers to empower the masses. Also, Machiavelli was arguably the first modern political scientist, and one of the most accomplished—the first to write about politics as it was, not how it ought to be. Up to then, how to practice politics was a moral and religious question. Getting out from that, outlining a set of broad strategic principles, was an astonishing feat.

Unfortunately, reading Machiavelli is difficult without knowing the particulars of politics in renaissance Italy. None of his examples make sense without the context. And I knew zero. Also, sadly, most of the scholarship on Machiavelli is pretty dry and detailed and academic. That’s why I was lucky to stumble upon Strathem’s book. It’s a tale of three figures: Leonardo da Vinci (the artist), Machiavelli (the philosopher) and Cesar Borgia (the warrior) and their intertwined lives. If you forgive the occasional episode of bad psychoanalysis, it’s a fabulous history book, and after reading it, The Prince is a wholly different book to read.

If you want to read the scholarship as well, Erica Benner’s Be like the Fox was a good book, and for the truly ambitious, my colleague John McCormick has a book on Reading Machiavelli.

An autobiography, subtitled A Prosecutor’s Battles Against Mafia Killers, Drug Kingpins, and Enron Thieves. It delivers exactly that. Besides being fun to read, I learned a lot about organized crime in the US and why for a long time it was so hard to fight it.

For example, Kroger tells us, police and prosecutors have to devote fantastic amounts of time to prosecute Mafia crimes. But most of these crimes often have no victims (sports betting) or its victims are either too dead or too scared to talk to the police. That is why, for decades, it wasn’t seen as worth the trouble. Eventually, prosecutors figured out techniques to jail the mob, like the RICO act. But the real reason the mob faded, and law enforcement won (Kroger argues) is that the business environment changed. State lotteries and an end to prohibition undermined numbers rackets and bootleg liquor. The decline of unions meant the decline of labor racketeering. And so on. Eventually there just wasn’t as much money to be made in the mafia’s traditional sectors. And when it came to drugs, they couldn’t compete with the Latin American cartels.

There are many other great lines, such as “Mafia families have one profound organizational weakness: no clear rules for succession.” I wish more career professionals would write books like this, and write them this well.

3. Violence, Nonviolence, and the Palestinian National Movement, by Wendy Pearlman

In 2017 I flagged Pearlman’s work on Syria as the best read of the year. That book, a series of excerpts from interviews with Syrian activists and victims, was driven by personal stories and deeply moving. Her Palestine book is not that; it’s a more serious and traditional tome. An ethnographer and political scientist, Pearlman’s book grew from her dissertation. That’s not usually the recipe for a gripping volume, but of all the books I read on conflicts this year, it was one of the most illuminating.

The conflict is 100 years old. She starts there to remind us that, for most of this century, the dispute has not been especially violent. Only seldom, recently, and briefly has the killing escalated to something you’d call a war. Even the low- and middle-scale violence of the Intifadas has not necessarily been the norm, set against the full century. She asks why, most of the time, the Palestinian movement was peaceful, and what broke down.

It’s a dissertation, and so she’s mostly focused on her own theory—that violence happens when social movements are fragmented, and no one leader or cabal has coherent control. If they did, she argues, they seldom find fighting in their interest. There are always splinter groups that want violence or vengeance, but they can be restrained. That’s hard, and takes a certain talent and luck and organizational control. It can fail if many factions compete for leadership. And it can be undermined by a state opponent who systematically undercuts efforts to restrain the violent and extreme factions and splinters.

This is far from the whole story. I am planning a longer review of the different social science takes on the Israeli-Palestinian conflict. But besides offering a new and different take, I read few better histories of the Palestinian movement.