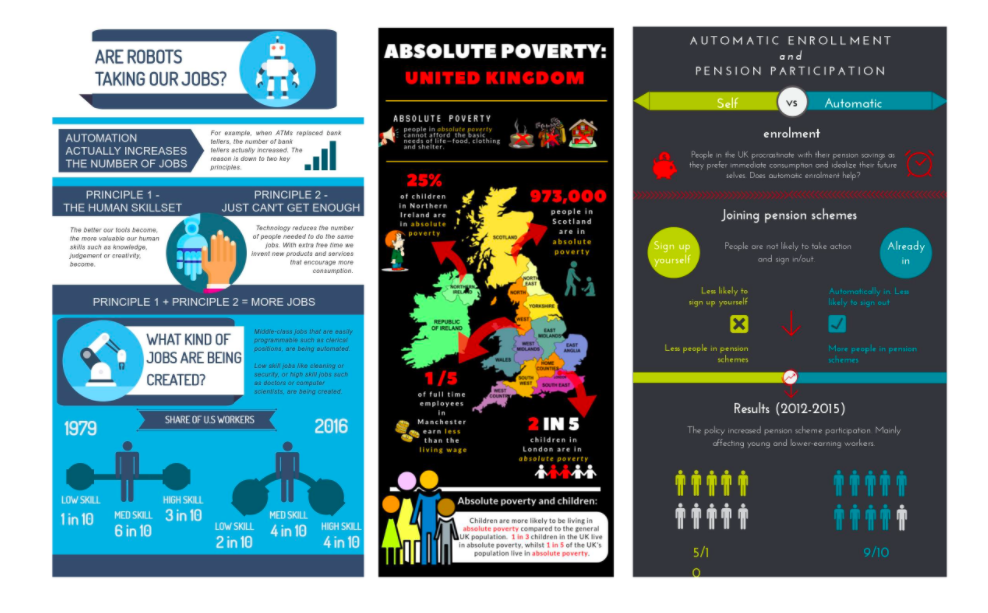 Some student-created infographic examples from the Communicating Economics website.

“45% of all economics journal articles and 65% of articles in the top five economics journals are about five countries accounting for just 16% of the continent’s population. I show that 91% of the variation in the number of articles across countries can be explained by a peacefulness index, the number of international tourist arrivals, having English as an official language, and population.”

The “big five” locations that dominate Western econ are Kenya, Uganda, South Africa, Ghana, and Malawi. On Conversations with Tyler recently, Tyler Cowen asked Nathan Nunn about this (particularly as relates to RCTs). Nunn responded that it’s very difficult to set up a research infrastructure, but once it’s there, it’s hard to go somewhere new and start again, and admitted that even though he doesn’t do RCTs he’s fallen into the same pattern.