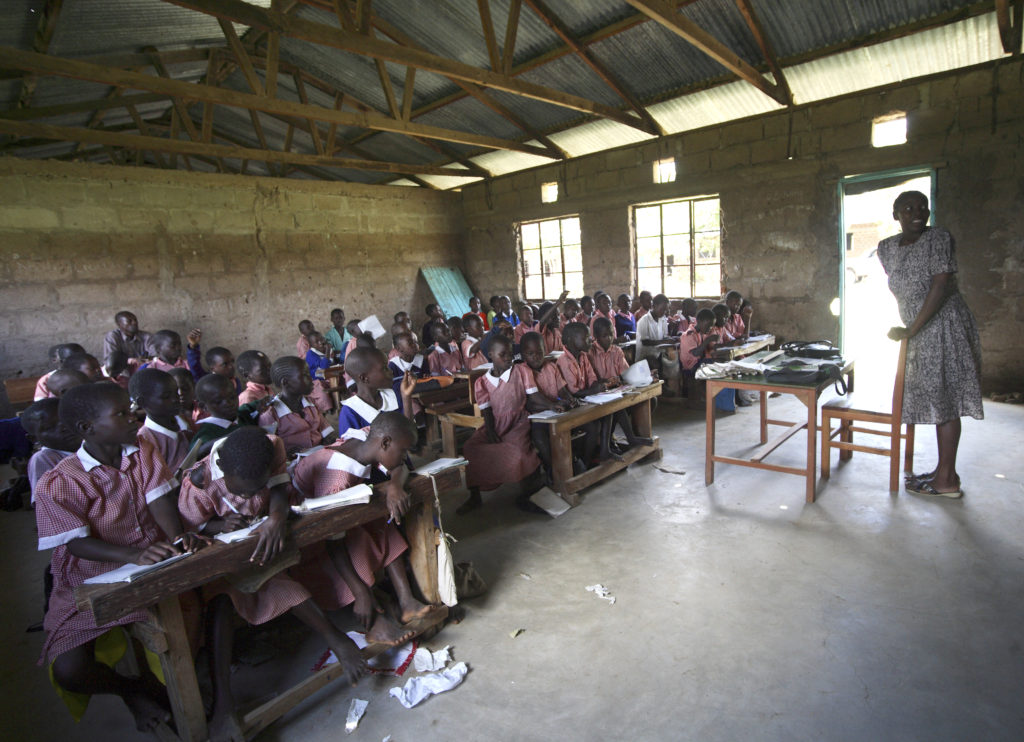 Good economists wear their dedication on their sleeves, Chris Udry wears his below his sleeve. Here’s the results of one of several experiments in Ghana to help farmers increase the amount of food they grow, in temporary tattoo form (the two bars represent inter- and intra- village variation). 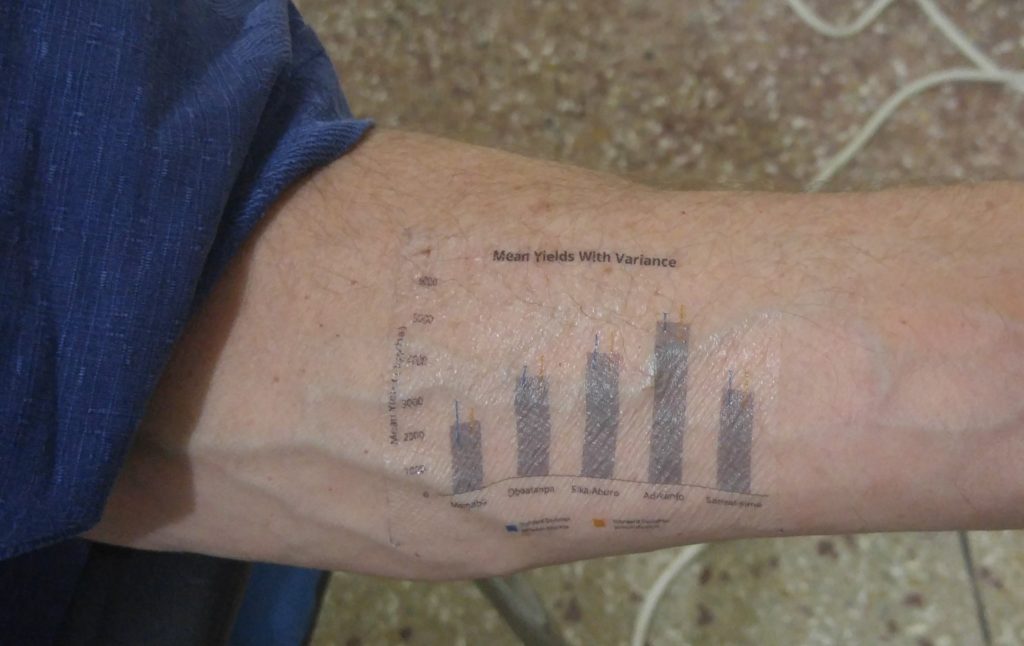