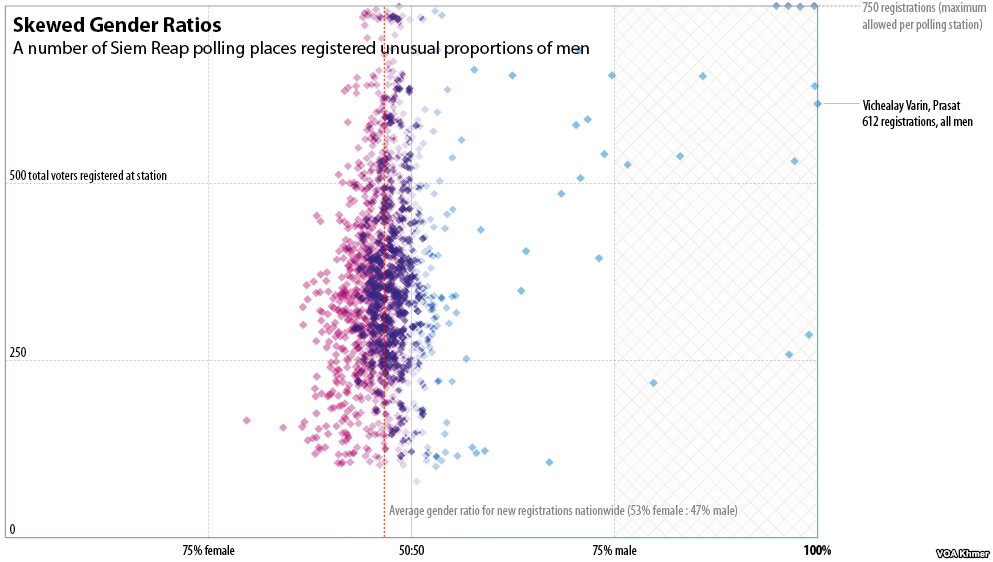 Detecting soldiers registering as new voters in Cambodia from the gender distribution.