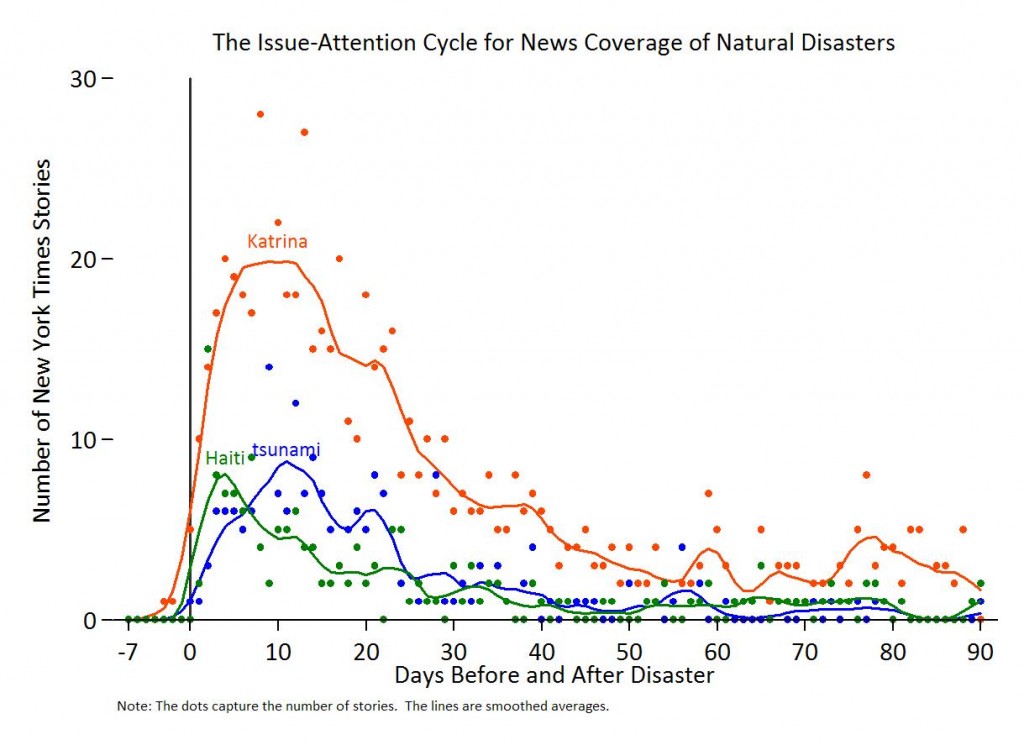 John Sides compares the issue attention cycle for Katrina, the Tsunami, and the Haiti quake in Salon:

About a week after the earthquake, economist Tyler Cowen wrote that Obama looked like the “Haiti president”:

Obama will (and should) do something about this situation … Yet he will have a festering situation on his hands for the rest of his term … Obama now stands a higher chance of being a one-term President. Foreign aid programs are especially unpopular, especially relative to their small fiscal cost … Just as it’s not easy to pull out of Iraq or Afghanistan, it won’t be easy to pull out of Haiti.

But it’s now clear that Haiti won’t affect Obama’s political future in any significant way. In part, this is because the worst fears about the earthquake’s aftermath weren’t realized; Haiti didn’t descend to utter lawlessness.

3 thoughts on “Haiti’s irrelevance to the American public”