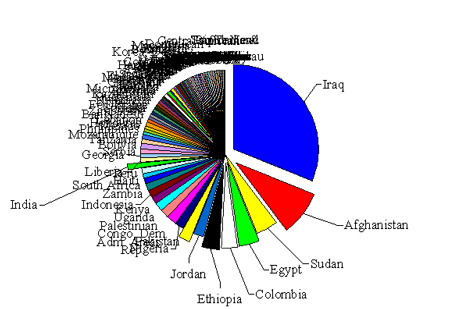 20 thoughts on “Graph of the day: Where the foreign aid goes”