They are mules, and they are the US military’s latest tool in foreign wars.

As recently as 1930, there were more than five million mules in the United States, and mules were active in the military until December, 1956, when Army mules 583R and 9YLL, also known as Trotter and Hambone, were deactivated.

Washington believed that a good mule was essential to successful agriculture… and he was determined to breed “a race of extraordinary goodness.”

I’ve always been surprised by the absence of mules in Sub-Saharan Africa. Is it disease? Or is technology diffusion really so slow? Draft animals ought to be a surefire boost to agriculture.

I only once saw an NGO import donkeys into a small town in northern Uganda. No one told the recipients that you can’t treat a donkey like a cow; if you beat it it will not move. Eventually the locals gave up on them, and the animals roamed free about the village for the rest of their days, a nuisance for all.

Coca-Cola, at least, thinks they have potential. Here is a picture I took in Morocco last year: 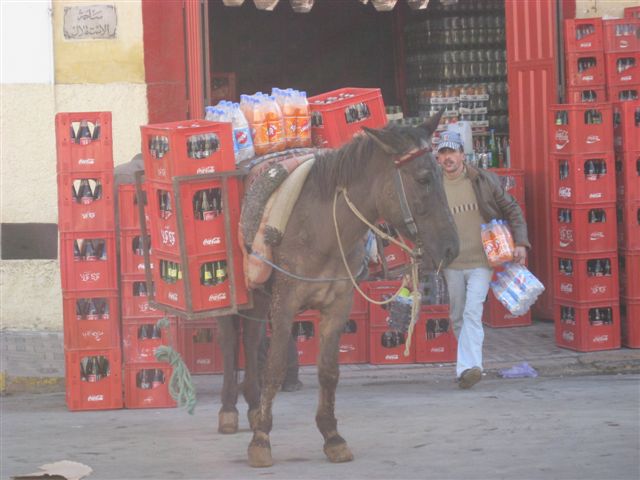 20 thoughts on “Mules in the modern military”