After years of plodding, revisions, additions and subtractions, I’ve finally finished what I hope is a final draft of my Industrial Organization of Rebellion paper (with Bernd Beber).

We finish none too soon. Daron Acemoglu just released a paper on the Economics of Labor Coercion with Alexander Wolitzky. (Am I the only one who wonders if Daron even sleeps?)

To answer, we mine the literature on the industrial organization of firms. A key bit of our theory: high ability people have good outside options (and know it) and will run away if coerced. Only low ability people can be tricked or cajoled or threatened into fighting.

The thing is, if threatening and punishing people is just as costly as rewarding them, you’ll always prefer to pay the high ability people rather than coerce the low ability ones. It’s only when punishment is relatively cheap that it becomes optimal to coerce.

Here’s out output from a fancy pants principal-agent model of the return to a rebel leader (vertical axis) of people of varying ability (horizontal axis) for different costs of punishment (costly punishment, higher k): 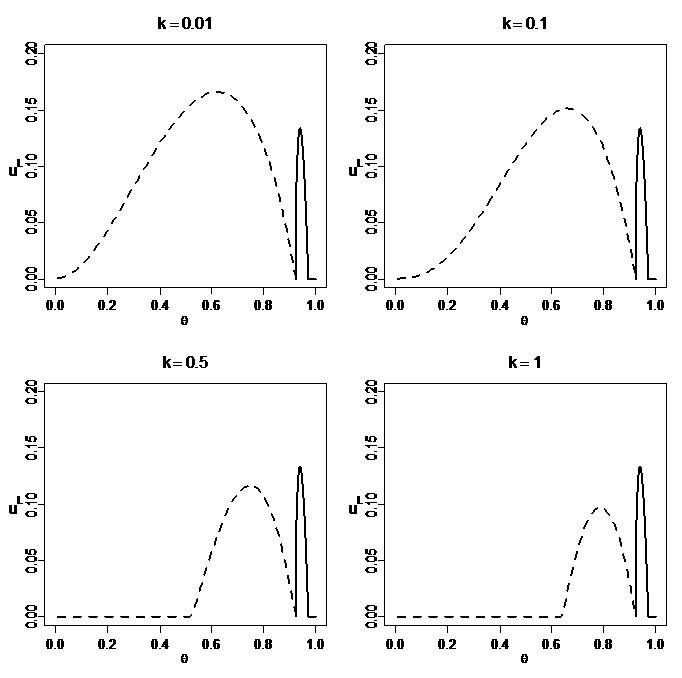 (Coercive equilibria are dashed, while rewards-based recruitment is a solid line.)

When is punishment costly? Threats are always cheap. Mainly it’s when your civilian or foreign support isn’t contingent on respect for human rights. If, like Uganda’s LRA, you don’t even have any support, punishment is cheap indeed.

While the theory is important, mainly we use interviews and micro data from northern Uganda to build and substantiate our assumptions: for instance, that punishment is cheap and that children are lower ability guerrillas.

The key dynamic, however: children are more easily misled, indoctrinated and disoriented, and so they are much less likely to escape. Adults have better outside options, and are harder to mislead, and so it’s almost never easy to coerce them.

Here’s how many months it took you to escape the Lord’s Resistance Army depending on the age they kidnapped you: 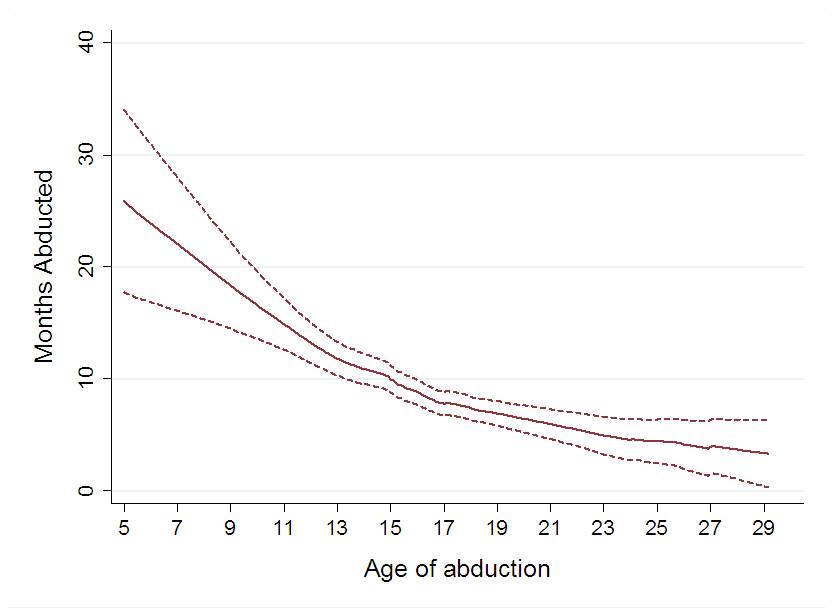 The newest bit of the paper tests our predictions using “cross-rebel regressions”. We collected data on a random sample of rebel groups in Africa. If you hold your nose and believe the data, coercion and child soldiering have a pretty strong relationship, even if you ignore the LRA: 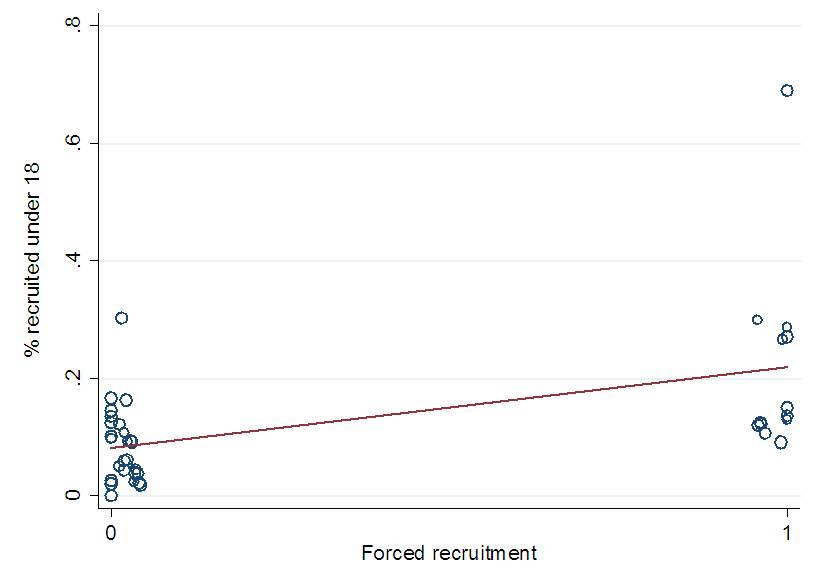 9 thoughts on “The economics of child soldiering”