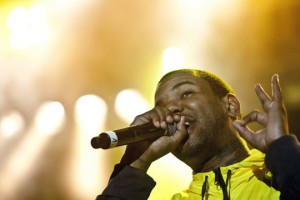 “The way that rappers compete with each other — this is soft power,” says Mark Lynch, author of a recent article for Foreign Policy.com comparing world politics to rap feuds. “This is the way you try and make a reputation, try and get what you want, and you have to do it through this very intricate series of alliances.”

…The conflict in question is between established rapper Jay-Z and and up-and-comer known as The Game. Jay-Z has been attacking other rappers for using Auto-Tune software, which corrects pitch while singers record…

“He’s saying ‘these are the rules of the international system. If you want to be a civilized member of our international society, you have to not pursue nuclear weapons,”’ Lynch says.

The Game is using the opportunity to tag Jay-Z as old and irrelevant.

There’s a history of this in the rap world: 50 Cent rose to power by destroying the career of Ja Rule. Jay-Z did that to a number of people while he was a rising power.

“If you go back to, like, 19th century bounce-power politics, this is how rising powers would make it,” Lynch says, citing conflicts between Japan and Russian as well as among rising powers in Europe. “If they wanted to get somewhere, they had to take someone out.”

That is from NPR news. An excellent radio interview with Lynch is here.