Move over Conan and Batman, the Obama comic books have arrived.

To date, the President has guest-starred with the Savage Dragon, Spider-Man, and the Youngblood team. He’s also been the subject of a biographical comic by IDW which will continue later this year.

And now, Chicago-based Devil’s Due has announced two more Obama-based comic projects shipping this June, Drafted 100 Days, Barack, The Barbarian: Quest for the Treasure of Stimuli. The first folds Obama into Devil’s Due’s alternate reality world where the earth has united to fight off an alien invasion, while the latter is an ongoing satire series, written by Larry Hama. 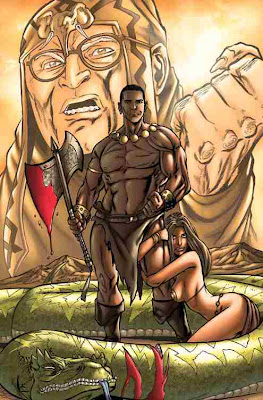 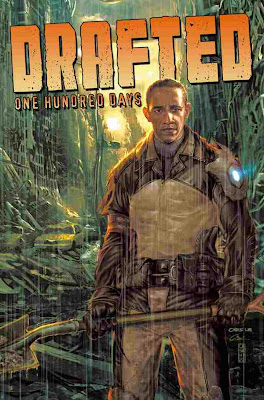 And this is just too funny to be true: 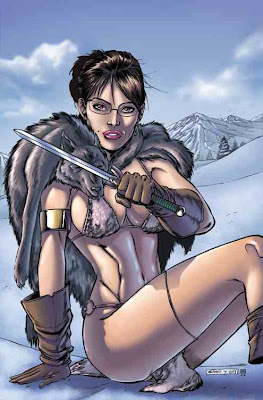 5 thoughts on “Barack the Barbarian”