2. Restless and charitable? What to do instead of starting an NGO

4. Japanese man survived not one but TWO atom bombs

5. And, fulfilling all Canadian stereotypes, a moose hangs out in my aunt’s front yard: 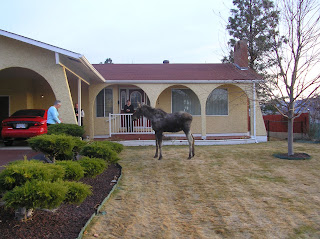 I am sure there is a perfectly good explanation why this moose has no antlers. My inner woodsman fails me, perhaps because I’ve been out of the country for nine years. (Or, possibly, because I grew up in the suburbs of Ottawa, where a small rabbit is cause for fear and excitement.)

6 thoughts on “Links I liked”