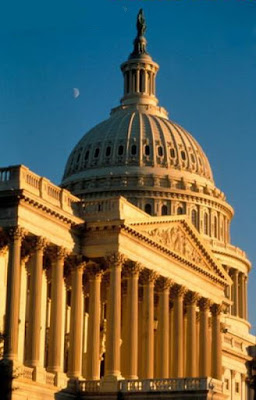 What role should the U.S. play in resolving the election crisis in Kenya? This is the question asked by the U.S. Senate Foreign Relations Committee in a hearing held this past Thursday.

Witnesses included Jendayi Frazer (the Assistant Secretary for African Affairs at the State Department), political scientist Joel Barkan, and representatives from USAID, Human Rights Watch, and ICG. The full audio file of the hearing is here.

First, a digression and a confession: I am no fan of Jendayi Frazer. It was she that reportedly overruled her advisers at State and issued the initial congratulation to Kibaki on his ‘victory’ in the flawed December poll–a congratulation the Embassy awkwardly ‘modified’ (read: withdrew) a few days later.

As with U.S. policy towards Uganda (and elsewhere), support for allies in the war on terror trumps the State Department’s support for true democratic reform in Africa. The U.S. forgives African leaders like Kibaki and Museveni their sins in return for continued security cooperation. In my mind, the crisis in Kenya is in part a reflection of this absence of international accountability.

Apparently I am not alone. Joel Barkan’s thoughtful testimony to the Senate committee is well worth reading. A few points that struck me as especially provocative:

Barkan’s emphasis on generation divides, hardliners holding on to power, and the unresolved Constitutional debate seem to me to be much more plausible than Jendayi Frazer’s facile focus on historic ethnic cleavages as the cause of the election fraud and violence.

Barkan’s recommendation for the U.S. government: (1) support for Kofi Annan’s ongoing negotiations and a power-sharing agreement; (2) financial and technical support for constitutional reform; and (3) extremely hard pressure–even asset freezes and travel bans–on hardliners in both groups and media broadcasting hateful messages. Suspension of foreign aid should be a last resort.

I was happy to see Frazer echoing Barkan’s call for a power-sharing agreement. But I still fear that a set of narrow U.S. anti-terror priorities could embolden Kibaki and the hardliners around him to resist compromise. Yet another disappointing day in American diplomacy.

4 thoughts on “The role of the U.S. in the Kenya election crisis”